Below is an overview of the vehicles that can be recognized as police cars.
The difference in color and stripes is remarkable. The original design with the narrow stripes dates from 1993. Complaints about poor recognisability were mainly from the traffic teams. The wellknown TNO institute already advised in 2006 to replace the fluorescent orange stripes with retro-reflective red stripes.

The form of the striping is shared with the other homage services in our country. Those services also have control over the implementation. Unfortunately, the proposal to change the colors for the police cars was not taken over.

Because I was familiar with the aforementioned proposal from TNO, I insisted, purely for safety reasons, on the introduction of the red retro-reflective stripes on the police cars. This eventually came to an adjustment, whereby the width of the stripes was also adjusted. This adjustment is being implemented for all emergency services. Because mainly fire-fighting vehicles have a long depreciation period, a transition period of 20 years has been determined. 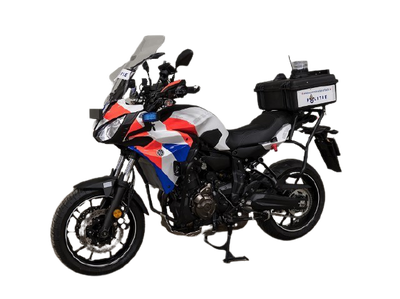 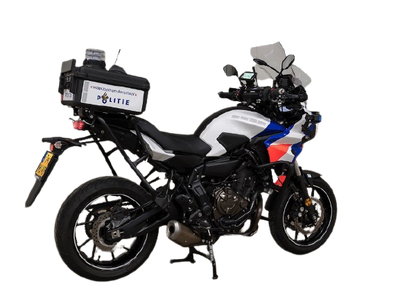 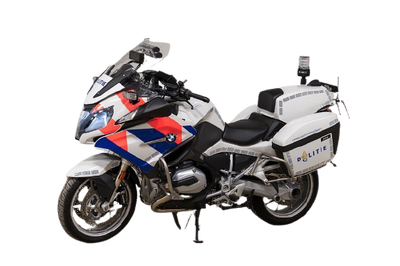 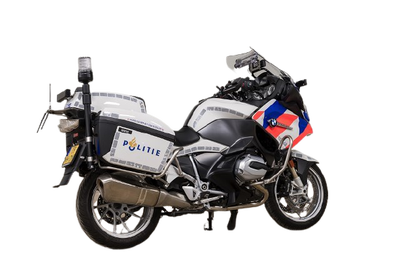 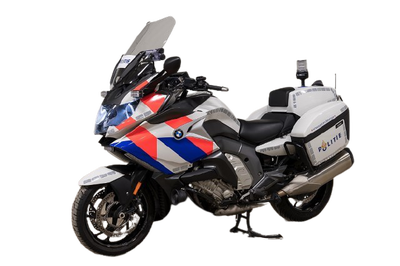 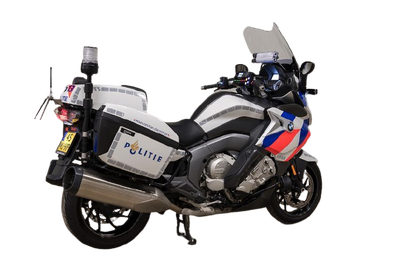 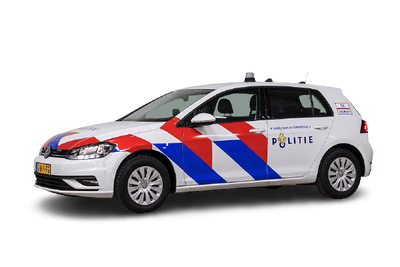 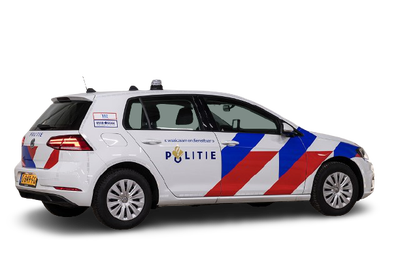 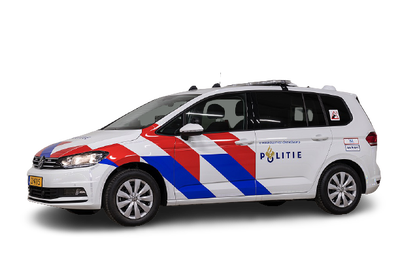 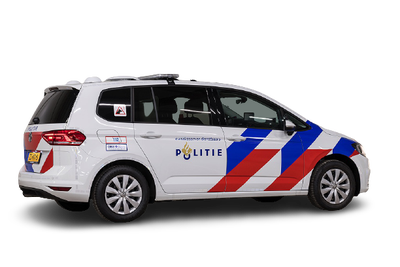 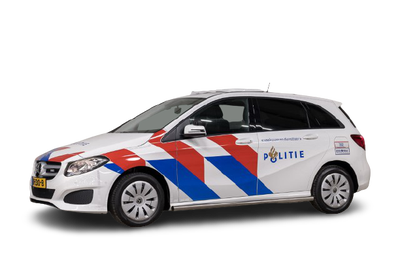 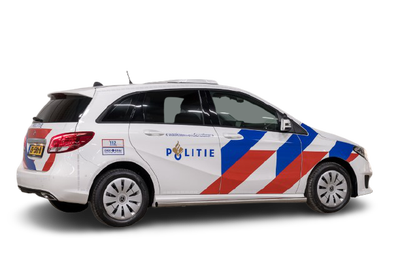 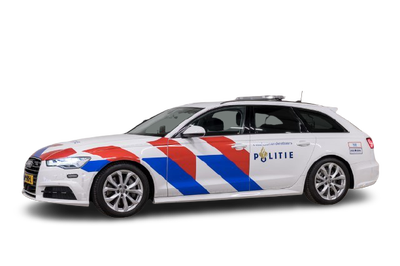 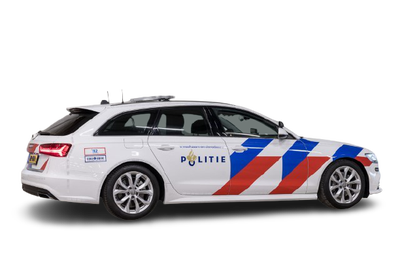 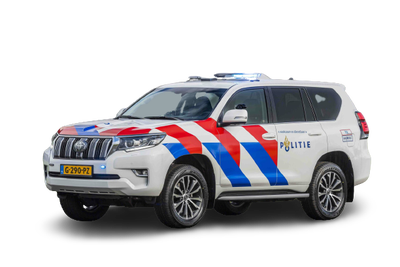 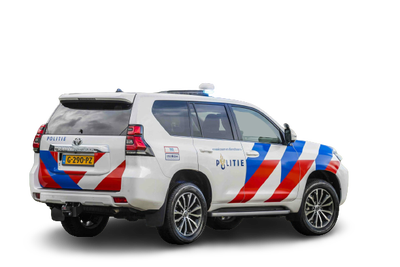 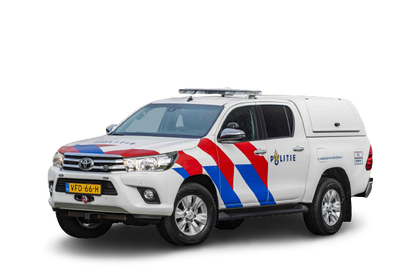 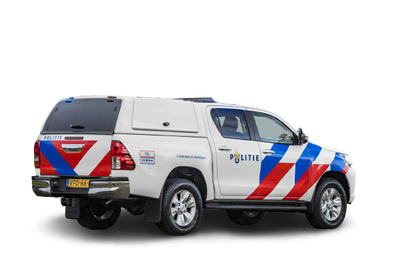 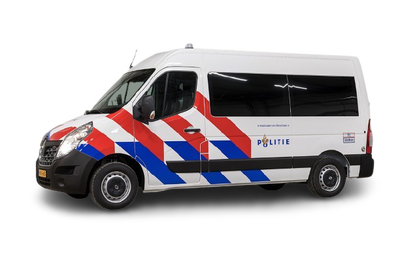 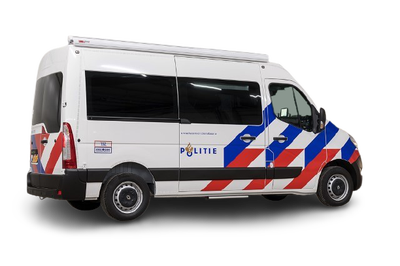 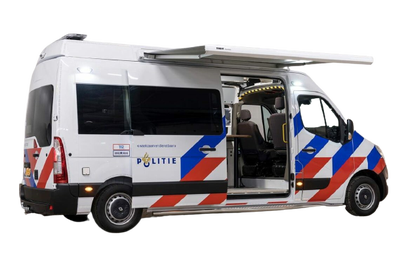 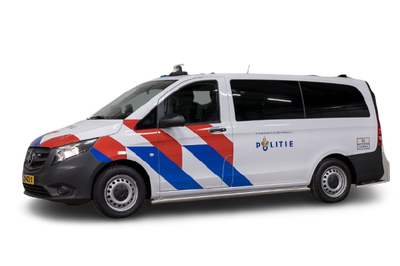 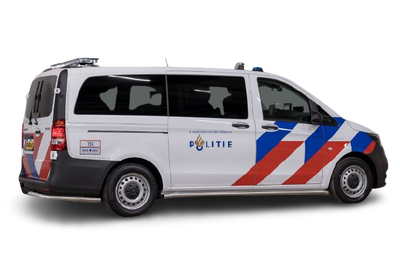 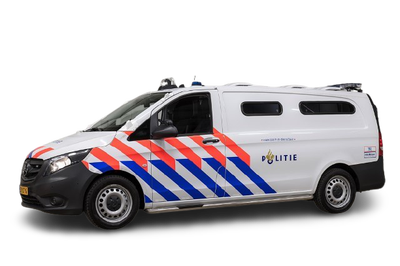 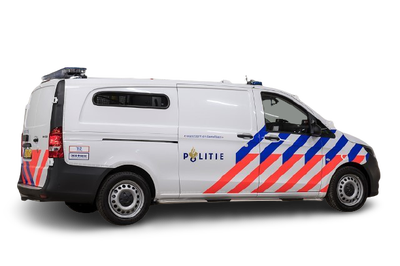 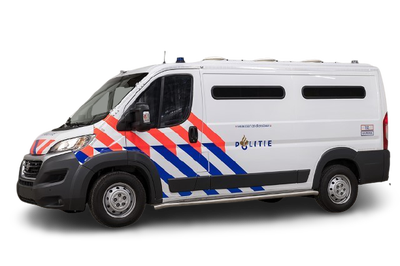 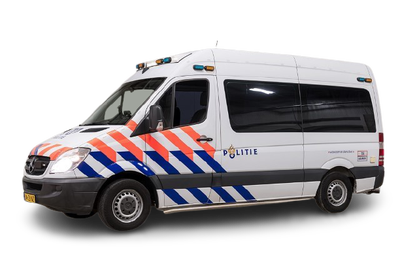 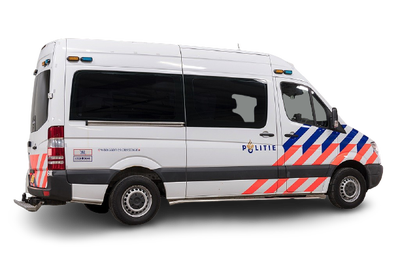 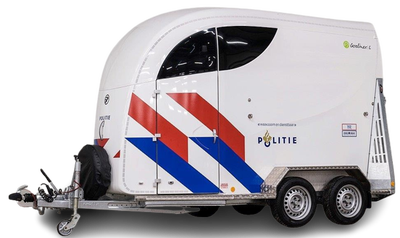 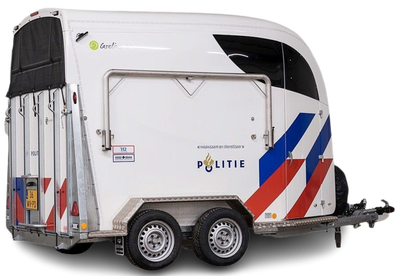 Since the introduction of the current uniform in 2015, there has been a desire from the shop floor to make the appearance of the vehicles look more like the colors of the uniform. I have been explicitly involved in the consultation on this.Unfortunately, a number of other users of this striping appeared to object to the adjustment of the colors of the police cars.

In April 2019, the modified design of the striping for the emergency services was made public. Below a photo of that moment.
I was allowed to be present as I was persomly involved in the development.

The photo shows vehicles from the following services from left to right:

the security region, the explosives clearance service, the ambulance, the police, the fire brigade, the rescue brigade and the Royal Marechaussee

A huge overview of vehicles that are or have been used by the Dutch police can be found on the website politievoertuigen.nl