In addition to the operational uniform, we also know the dress suit.
This outfit is worn during official moment, such as a swearing, funerals and so on..
The dressy outfit is based on the former daily uniform. As a result, everyone in the past had access to the dress kit, because it was possible to make a dress suit with a few minor adjustments to a daily uniform.
With the arrival of the operational uniform, police officers who entered service after 2016 no longer have a daily uniform. A dressed outfit can be given on loan for the above-mentioned moment. That is quite a logistical challenge, which means that it is becoming less common for the dressy outfit to be worn on a large scale.

We also know the gala uniform for very special moments. Only a limited number of people within the police have such a uniform. As far as my knowledge in this area extends, it concerns the Chief of Police and the people in the rank of Chief Commissioner.
In addition, the members of the so-called standard watch.
Although a banner or standard is originally a military symbol. King Willem Alexander also issued a standard to the police in 2015. This happened with a lot of ceremonial display. Below some images of the standard and its presentation at the Binnenhof in The Hague. I was also allowed to attend this ceremony myself. 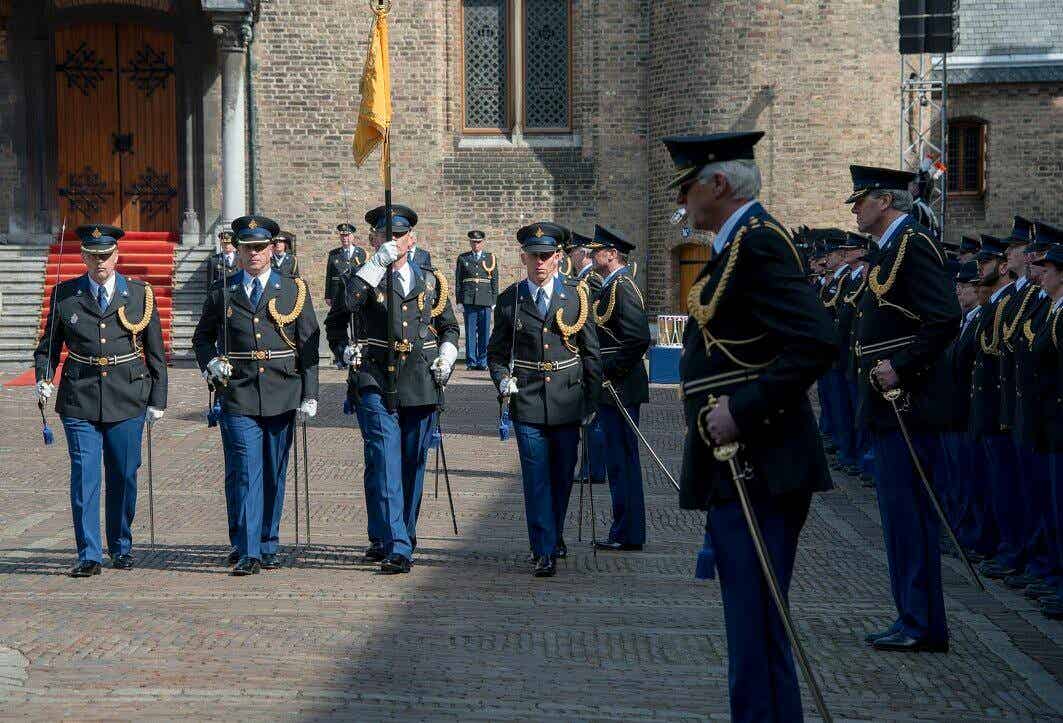 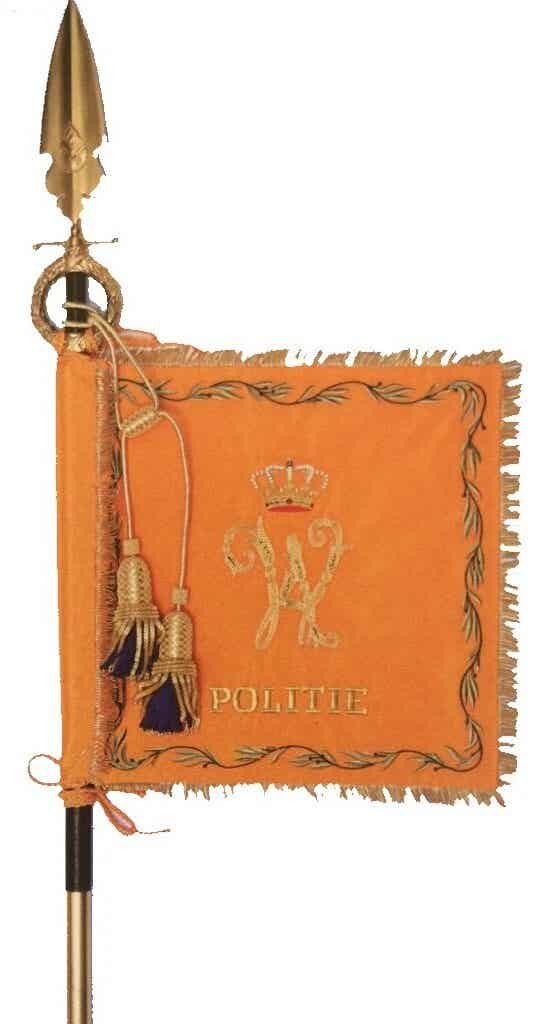 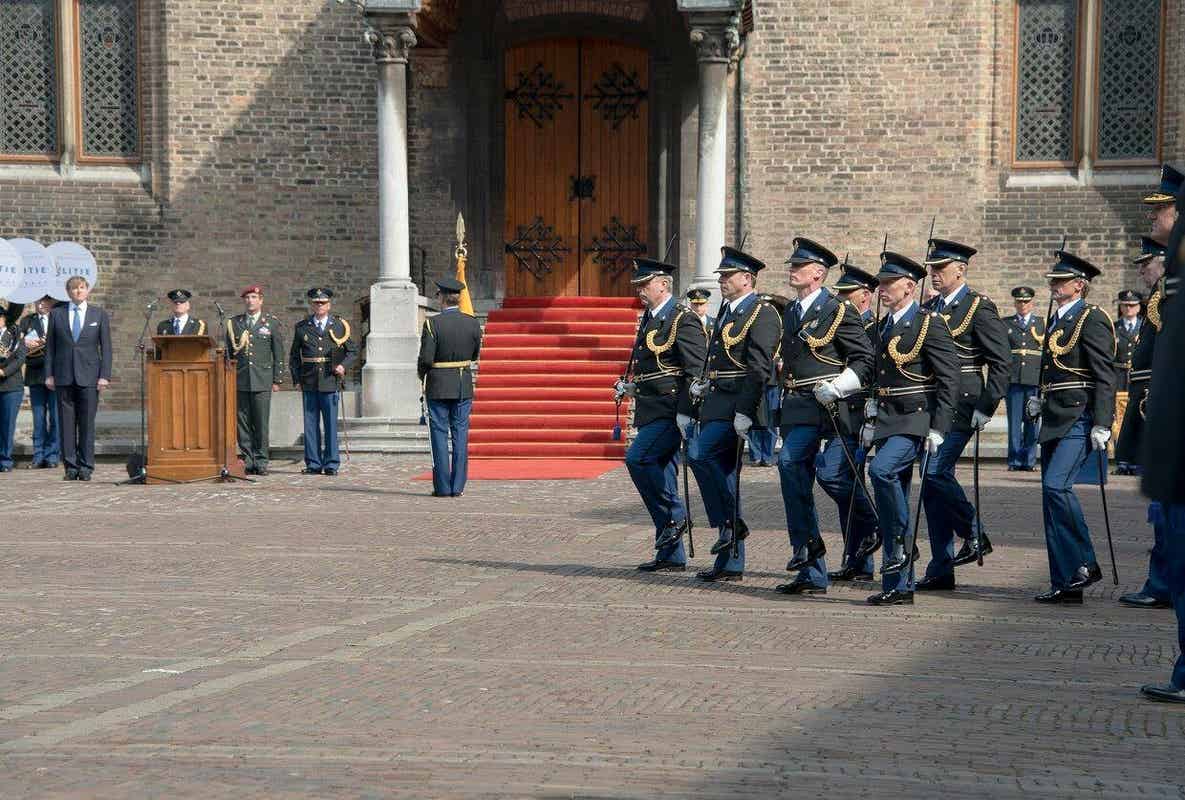 The mounted police is a special branch of service within the police. Not all units have their own mounted brigade. If desired, the department of Specialist animals and Tracking dogs of the National Unit assist other regional unit
On the 3rd Tuesday in September, the parliamentary year will be opened by the reading of the so-called Speech from the Throne by the King in the knights' hall at the Binnenhof in The Hague. This event is accompanied by a lot of ceremony, in which the mounted police also participate in their gala uniform. The procession is called and closed by riders from the unit of The Hague. The riders of the National Unit form the honorary escort. The two platoons, the standard guard and the clique ride in the official ceremonial outfit. This kit and the shore stairs of this kit still contain the old logo of the former state police.

On the left and below the dress uniform of the riders of the National Unit. The male and female riders have different headgear